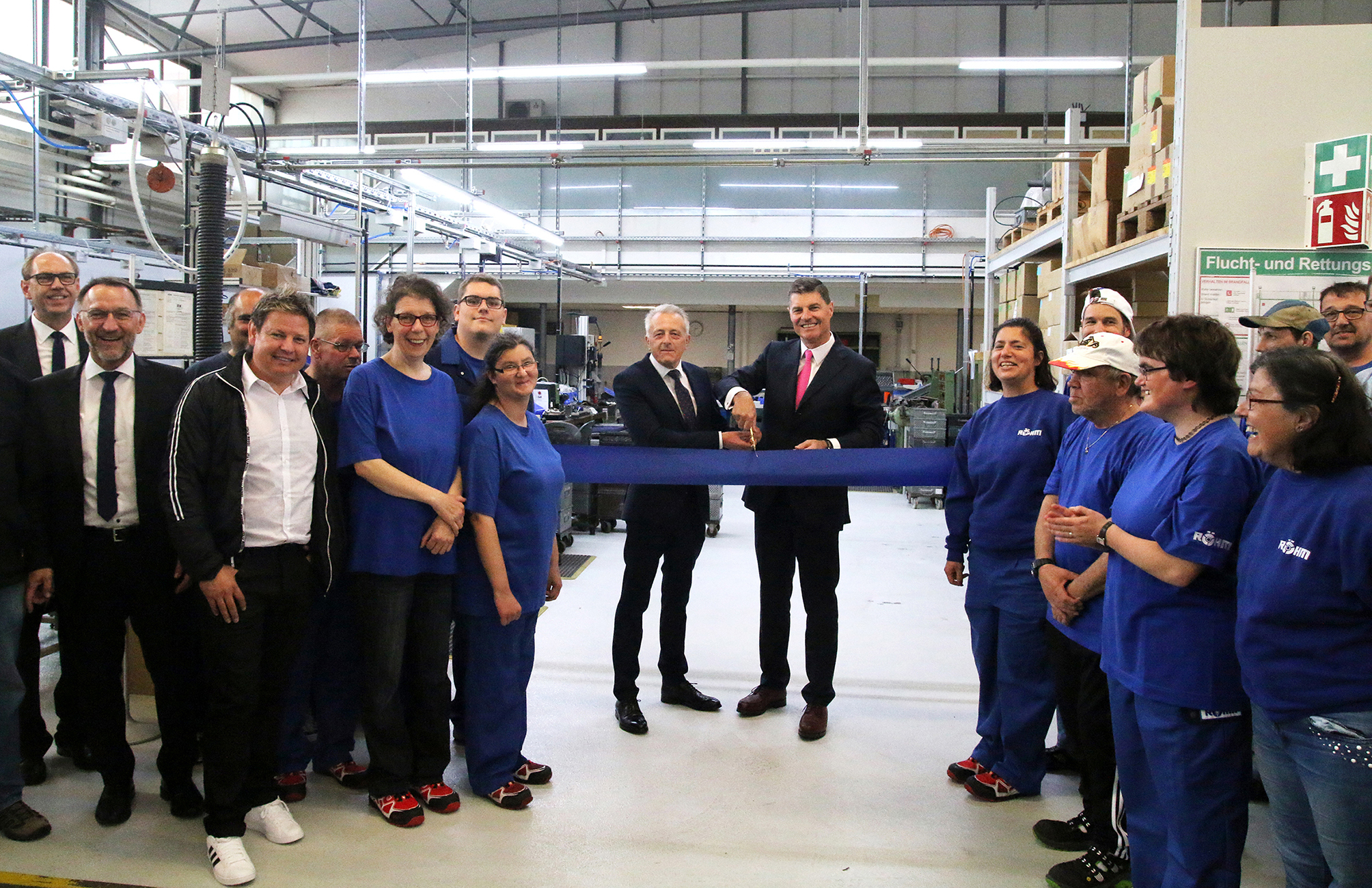 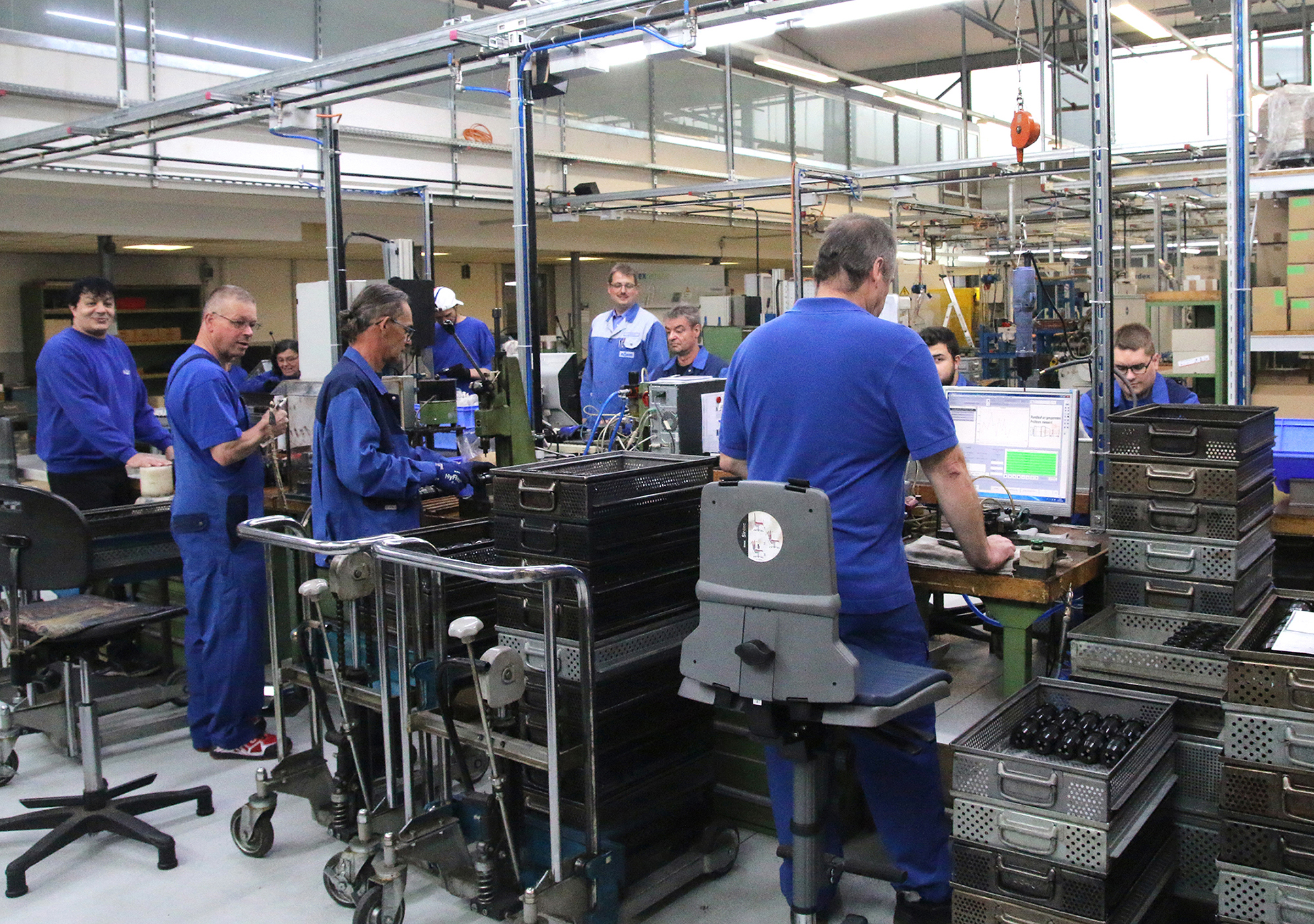 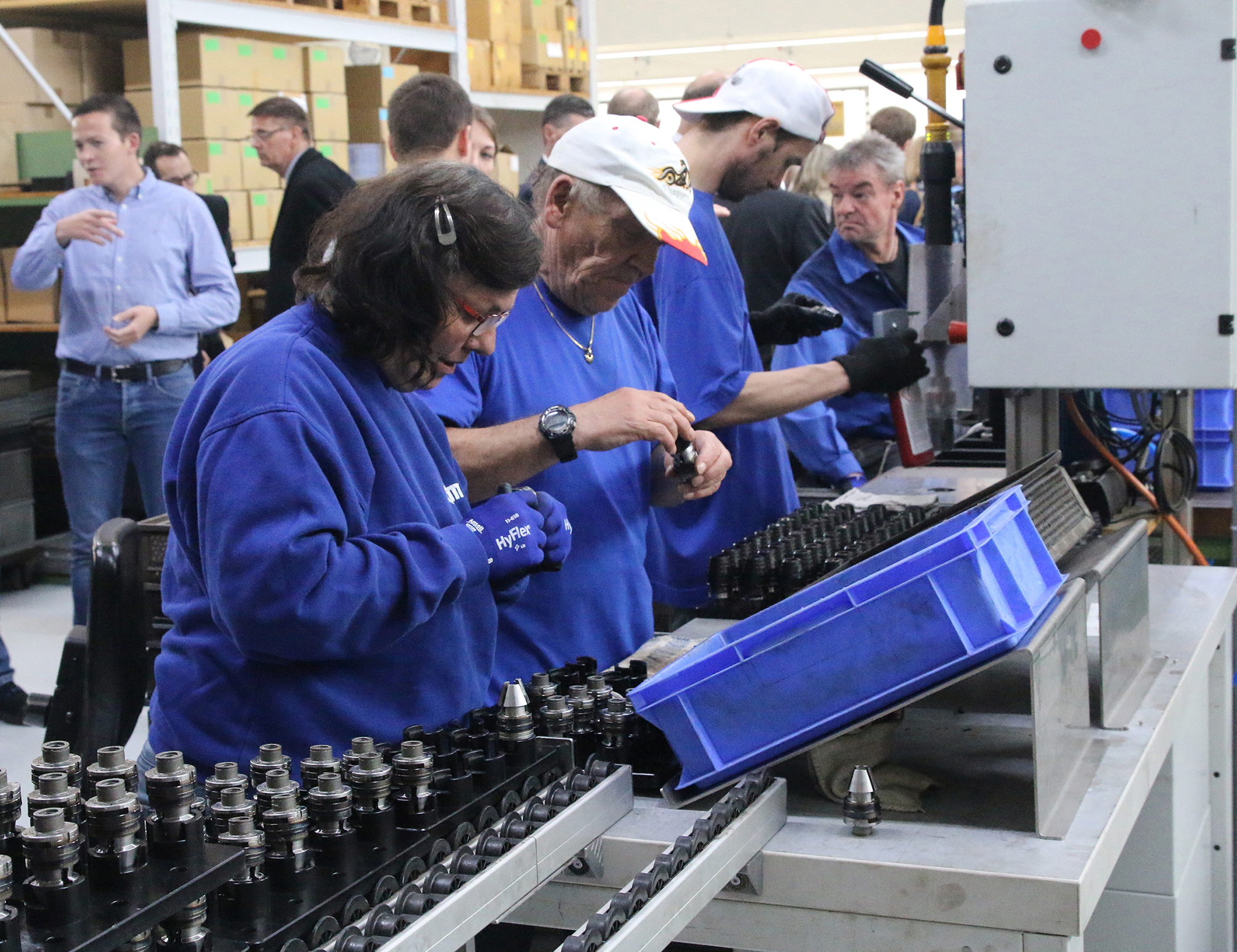 Working together successfully is a key feature of successful inclusion projects for people with and without disabilities. Clamping and gripping technology specialist Röhm, headquartered in Sontheim a.d. Brenz/Germany, wholeheartedly supports this philosophy. The Lebenshilfe workshop for disabled people in Heidenheim and Giengen (HWW GmbH) and Röhm have been in close contact for some time now, collaborating on the implementation of a corresponding “pioneering project”. Its objective is to create twelve long-term jobs outside the workshop for disabled people who work for HWW GmbH. These positions will be fully integrated into the company’s operations. What makes this project so special? Röhm is the first employer, at least in the Rural District of Heidenheim, to create a significant number of long-term jobs instead of individual or temporary project-related jobs. In the future, people with and without disabilities will work alongside and with each other. Within the scope of an internship, the first participants are already working with Röhm personnel in three assembly teams – fully integrated into operational processes, not in a separate area. Their tasks include assembly and packaging of Röhm drill chucks.

The project’s successful launch was celebrated on May 21, 2019, when the workstations in the Sontheim drill chuck assembly department were officially inaugurated. Over 50 participants attended the ceremony, which included signing of the contract. Among those present were representatives of the Lebenshilfe organization and Mr. Matthias Kraut, Mayor of Sontheim. A minivan purchased specifically to drive the Lebenshilfe staff to their future workplace in Sontheim was also presented at the event (see photo). “This project is very close to my heart and I would like to encourage other companies to integrate people with disabilities into their operations and society in general,” says Röhm CEO Gerhard Glanz.

Concrete discussions with the Lebenshilfe Giengen organization regarding this project began in 2018. From February through April 2019 various Lebenshilfe workers completed internships at Röhm, with the aim of identifying how well the cooperation would function. The relevant workflows were adjusted to meet the needs of the Lebenshilfe workers. Workstations are now being set up, with eight workstations completed by May 2019 and the final total of twelve scheduled to be in place by July.

Compensatory Payments Instead of Jobs

German companies with 20 or more employees have an obligation to fill at least 5 % of their jobs with severely disabled people. Companies failing to meet this quota must make compensatory payments. How much they pay depends on the ratio of disabled people employed to the total number of jobs. Many employers are unable to achieve this 5% quota, preferring to make compensatory payments instead.

Gerhard Glanz sees this differently – inclusion is an important issue that he takes a personal interest in. As of May 1, 2019 Röhm employed 54 individuals with impairments at its facilities in Sontheim, St. Georgen and Dillingen (in addition to the new project). This figure represents 5.4 % of the company’s current workforce in Germany, that totals 994 employees. In all, the clamping and gripping technology specialist has some 1,300 employees worldwide. In addition to its cooperation with Lebenshilfe Giengen, Röhm also works with the Lebenshilfe organizations in Asbach-Bäumenheim, Nördlingen, Dillingen and Augsburg. Taking these partnerships together with the current 5.4 % figure, the actual employment ratio of people with disabilities at Röhm exceeds 10 %.

The dialog between the Lebenshilfe workshops in Heidenheim and Giengen and Röhm has been established for some time now. Last year saw one of the latest projects, involving Röhm trainees, begin. With their budget of EUR 10,000, provided by company management, the trainees are realizing projects that they have organized themselves in cooperation with Lebenshilfe Giengen. At an event in late 2018, for example, the organization was presented with a special teaching monitor designed to give people with disabilities easier access to technology and digital media. The next event is scheduled for late May 2019 – a trip to the zoo in Esslingen – and in early June 2019 a raised bed and a bench for Lebenshilfe Giengen’s outside area will be delivered and assembled. Any money left over at the end of the year will be presented as a donation.

In Germany more than 7.5 million people are classified as being severely disabled; some 24% of them have a 100 percent disability (figures as of 2015). From 2005 through 2015 the number of severely disabled people increased by 12.6 % (source: Helping Disabled People in Germany – Facts – Figures – Data by the BGW (Employers’ Association for Healthcare and Social Welfare), Hamburg, 07/2017). These figures show that anyone can be affected and that it can result in an impaired ability to work.

Learning From Each Other

For Röhm, this social commitment is not about self-promotion. The company’s activities are the expression of deep-held beliefs and intended to function as a role model for other companies, both in the region and throughout Germany. The experience of all the participants to date has been very positive. Joint projects generate greater understanding on many levels, leading to increased respect and mutual learning effects that would not have happened without the close cooperation. The South German clamping and gripping technology specialist is happy to actively share these positive experiences with others.